Get the Facts CR

Janelle Lund is the ONLY Cedar Rapids School Board candidate who is opposed to this Measure! 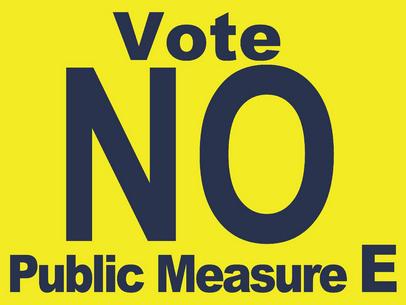 What is Public Measure E?

It’s a “Revenue Purpose Statement” that states how the Cedar Rapids School District can spend your money received from the 1 cent statewide sales tax; funds called SAVE (Secure an Advanced Vision for Education).

It’s disguised as “property tax relief” only because it’s a sales tax rather than a property tax. (This sales tax is already in place; Public Measure E is not asking for it.)

• It allows the School District an open checkbook without community control of its purse strings.

• It allows the School District to proceed with the Facilities Master Plan of which the original budget was $224 million, but is now $309 million - $85 million over budget without breaking ground!

• It allows the School District to proceed with the Facilities Master Plan; a plan that provides the community NO information about what will become of the 8 schools that are slated to close and will force children to leave their neighborhoods to attend far away schools.


•    It allows the School District to proceed with the Facilities Master Plan; a plan that covers ONLY elementary schools, forcing them to bond for middle and high schools repairs and maintenance.

• It guarantees schools will have more students per classroom than the district currently funds by having more students than current benchmarks per grade.

• For over 40 years, voters have been approving PPEL (Physical Plant and Equipment Levy), a property tax levy (now at $1.34 per $1,000 assessed valuation). The purpose we were told:

“PPEL funds support the maintenance and upkeep of the District’s 425 acres of grounds and 2.7 million square feet of building space and have been focused on urgently-needed maintenance, with planned equipment purchases and facility repairs; building envelope maintenance and repair (roofing and masonry); and campus parking lots and asphalt for playgrounds.”

• Instead, the School District allowed certain schools to deteriorate and then claim they’re too expensive to repair.

• Instead, the School District claims schools can only be safe and secure thru the Facilities Master Plan and your approval of this Public Measure.

• Instead, the School District refuses to even try to pay-as-you-go and, …


The School District has proven to be irresponsible with your taxes!

• Did you know that SAVE money was used for the Taj Mahal on Edgewood? Plus, they bonded for future SAVE to pay for it. And paid over $10 million interest. • Did you know the Facilities Master Plan provides for $13 million of upgrades for Taylor, even though they’re going to “close” it? Actually, repurpose it. For what, they won’t say. • Did you know that the School District already owns land near Morgan Creek for a new school while planning to demolish and rebuild 10 elementary schools?


Your Vote DOES Count! We need to take control of the spending of OUR taxes!